Posted on June 8, 2015 by MrHappyCyclist

[UPDATE (August 2018): Since this article was written, a lot of work has been done on the Bury side of the boundary. This video shows the whole route from Manchester Road in Bolton to the tram station in Radcliffe.]

A couple of days ago, I tried out the new cycle path that has been built between Bolton town centre and the Bolton-Bury boundary, a distance of about 2.3 miles. This is less than half the distance from Bolton to Bury, but it is a start. I’ve put this post together quickly to share some pictures and some observations. Here is a map of the route:

The path makes use of some railway bridges that have been out of use for decades, which is good, though I’m not convinced of the need to put cages over them: 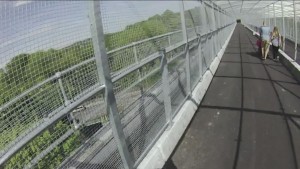 The second one shown there is the old Darcy Lever viaduct.

There is also a new bridge that has been built over a small residential access road: 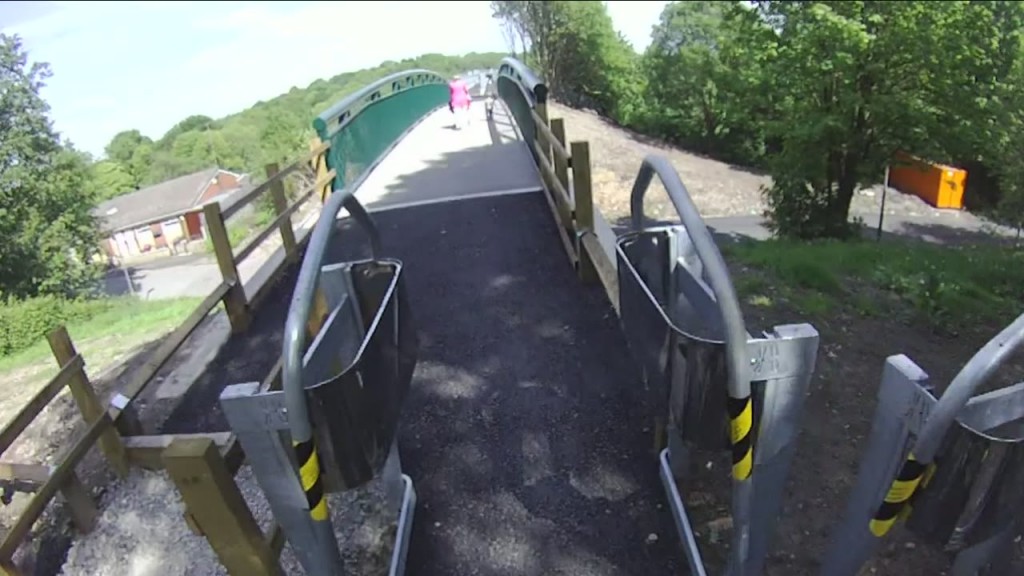 (More about the gates later.)

On the plus side, the path itself has a good surface and and the width varies between good and adequate for most of its length: 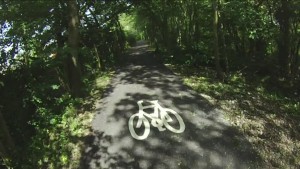 That is good as it is a vast improvement over what has gone before. But (yes, of course there is a but) there are many negatives as well. I will list and illustrate these below.

The path is not lit, so it will be useful only in daylight for most people. This makes it of little use for commuting, or for much utility cycling. Worse than that, it is littered with low level obstacles in the form of little bollards, which are a nuisance at the best of times, but would be quite dangerous in the dark. Here are some examples: 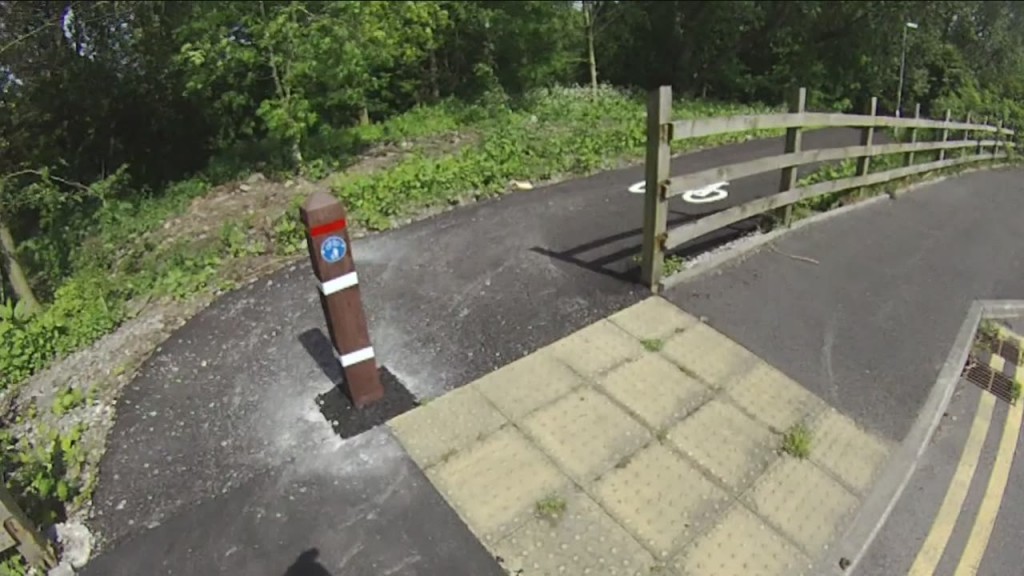 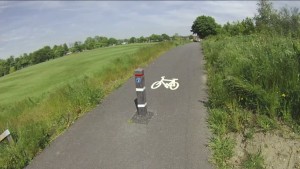 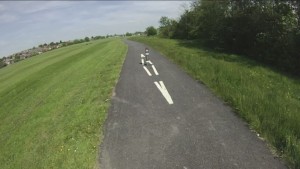 The path also has a number of gates, which I think are supposed to prevent people bringing motorcycles: 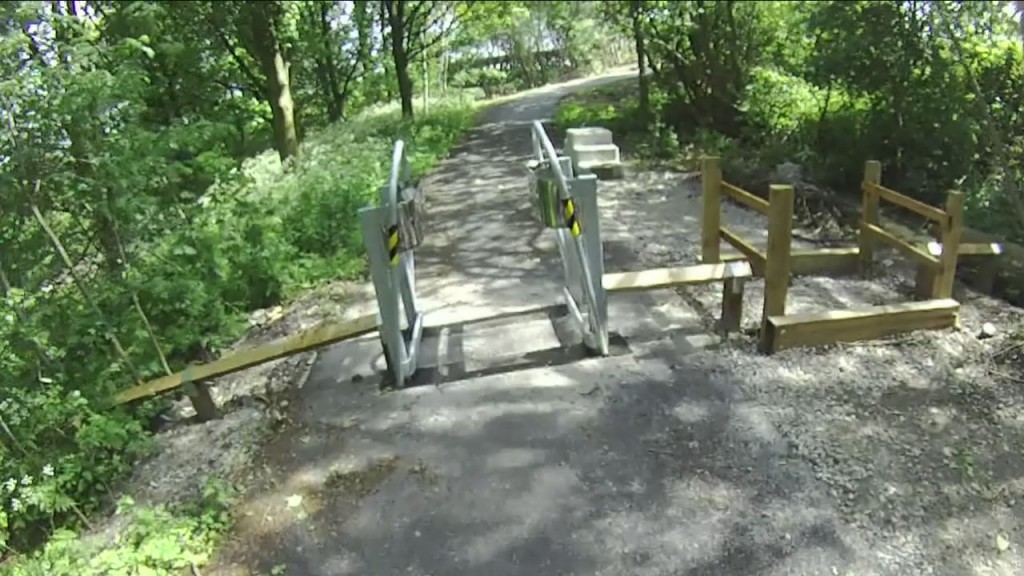 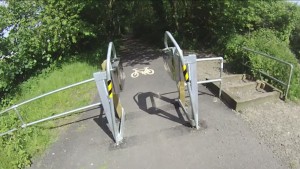 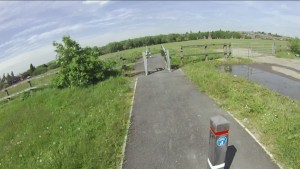 These are slightly wider than the ones I have often encountered, but I imagine would still present a problem for people on non-standard cycles and, as usual, could be deemed a failure to address the requirements of the disability discrimination act. The gates also didn’t stop my having to brake for these quad bikes: 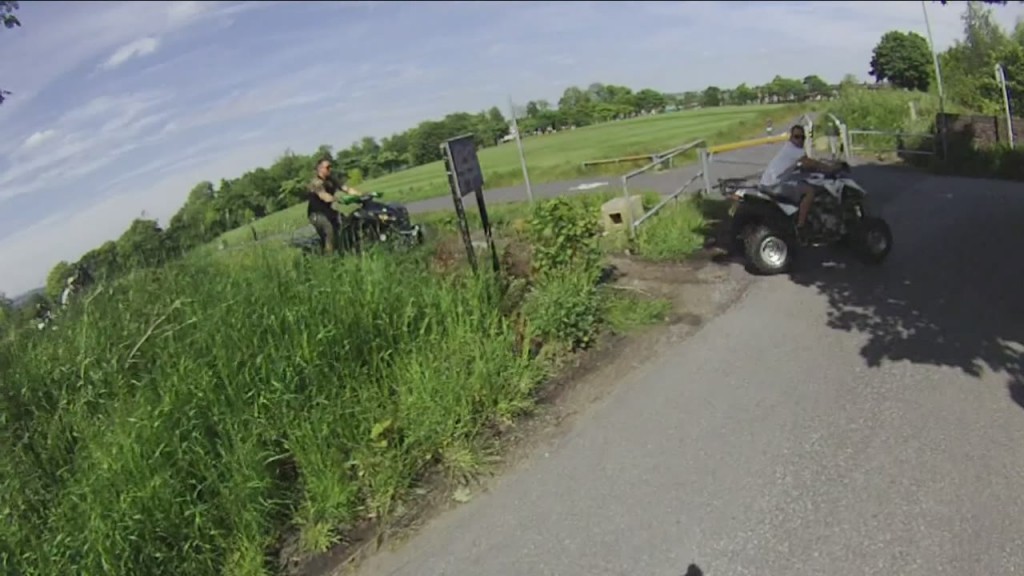 Another issue that harms the use of the path for serious transport cycling is that it is shared with pedestrians, including those with dogs on long extending leads, and horses. In general, I find pedestrians on these shared paths almost never hear me ringing the bell on approach and, even though I slow right down, they then express alarm and surprise as I get closer. These two just froze to the spot and waited for me to get through the non-existent gap, so we were all stood there for quite a while.

I haven’t done a proper audit of this facility, but overall, I think the council deserves about 4 out of 10 for effort.