Posted on December 2, 2015 by MrHappyCyclist

At the beginning of November, I had cause to complain to the Arriva Bus Company about this bit of driving:

I sent the following message via their online complaints page:

I was riding my bicycle home from the shops last Saturday afternoon. After I correctly cycled through the junction in primary position, I was tailgated by your driver who then overtook me too closely whilst gesticulating angrily at me and then moved in towards the kerb as I was still alongside. He then set his hazard warning lights flashing as he completed the manoeuvre and proceeded along the road. The incident is recorded on video and may be viewed here: https://youtu.be/qki4MTMUrpI

As an aside, I approached the bus further up the road and was behind it as the driver set off from a bus stop. The bus was pouring out dark fumes and I believe is probably not satisfying the laws on diesel emissions.

About 10 days ago, I received a letter back from the company in response. The letter did say the usual standard things like apologising for any upset and and inconvenience, and “do not hesitate to contact the customer service team should you require any further assistance”, but the main paragraph left me in no doubt that this company has not improved its attitudes since I wrote about them three years ago. The first part of that paragraph stated:

The CCTV footage has been viewed by the [Bolton] depot manager and in his opinion, from the fixed camera on the bus; it shows that there is a safe passing distance between the bus and the bike.

Well, in the video that I referred them to on YouTube, I included a still image showing my estimate of the closest distance of the bus to me when it passed. However, because of the way that I calibrated the camera using a straight ahead view, the distance tends to be over-estimated when the camera is not aligned directly ahead as in this example. So, I did a new, more accurate calibration, resulting in the image shown below: 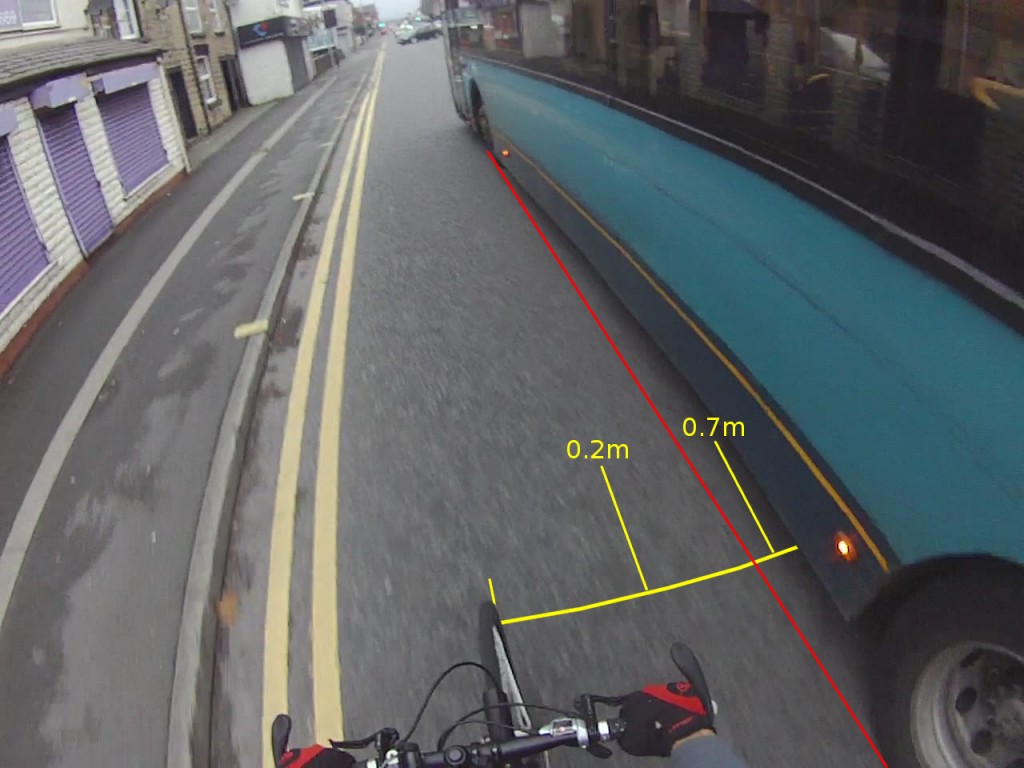 You can see how I created this measurement in the short video at the bottom of the article. The distances marked on the scale indicate the lateral distance from the end of my handlebar to the side of the bus (in fact the shoulder of the tyre where it contacts the road).  The distance in this case was just under 0.6 metres, which is far too little gap to leave between a cyclist and a 13 tonne bus. Rule 163 of the highway code advises drivers on the space that they should give a cyclist when overtaking, and even provides a picture to clarify what this means:

Now, given the manner in which this driver was gesticulating as he went past: 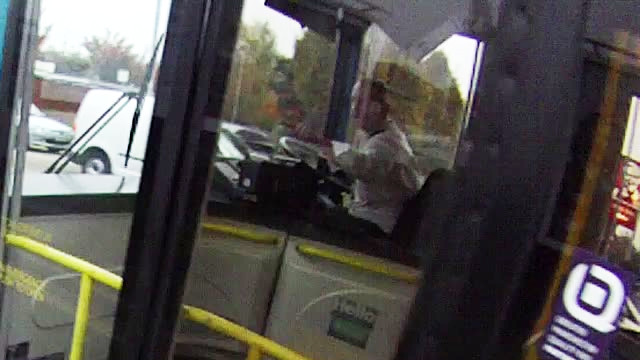 coupled with his (illegally) switching on the hazard warning lights of the bus: 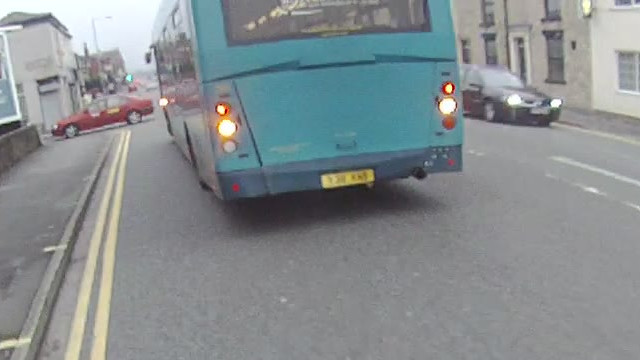 I think is is safe to conclude that this was a case of road rage on the part of the driver. In fact, the letter that I received from Arriva seems to imply that this was indeed the case as it went on to say:

However, it is unclear as to why the bicycle has not used the cycle lane until the bus was overtaking. The cyclist can be seen in the middle of the road, some cyclists are advised to take prime position, however his road position does appear extreme and a good part of the cycle lane has been ignored.

Even disregarding the hyperbole in expressions like “in the middle of the road”, I find it particularly ironic that someone from Arriva buses should say this given that the incident that convinced me some years ago that I should never use that cycle lane involved an Arriva bus:

The highway code advises cyclists, in rule 63, that: Use of cycle lanes is not compulsory and will depend on your experience and skills, but they can make your journey safer. The historical video above shows exactly what experience is relevant in this case. It cannot be overly stressed how dangerous this particular cycle lane is: 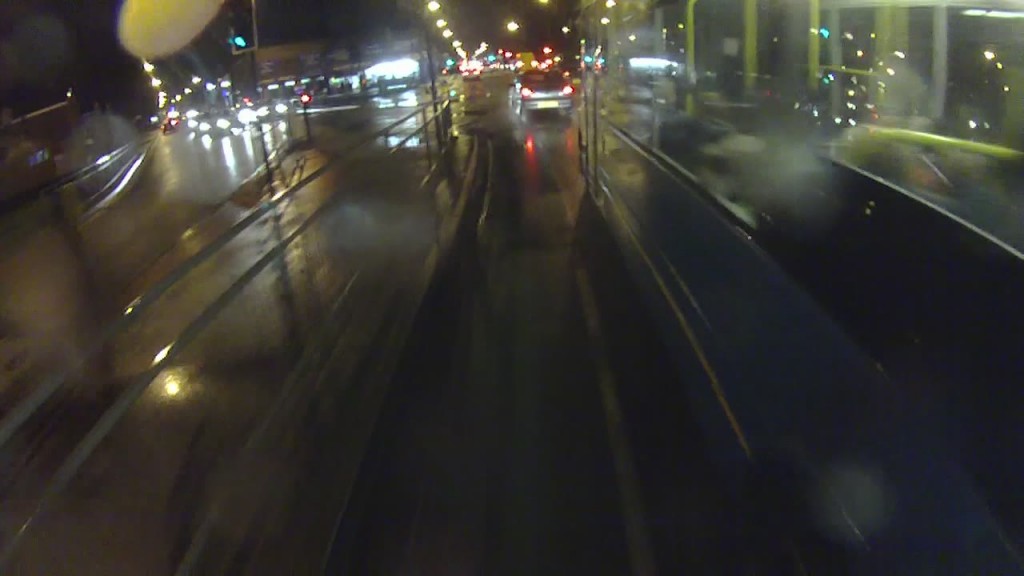 A cyclist using it risks being caught between a large commercial vehicle and a steel fence over the apex of a sharp bend in the road where nine out of ten vehicles cut the bend.

However, none of this is really relevant, except in trying to determine what failure of driver training led this individual to engage in road rage when in charge of a 13 tonne, 350bhp machine in a public place. Even if a driver, let alone a “professional” driver, believes a cyclist to be in the wrong regarding road position, that is absolutely no excuse for the type of road rage and reckless, dangerous behaviour displayed here.

Calibration: Here is a video showing how I arrived at the calibrated image with the measurement of the passing distance: