A (constructive) message to Arriva.

Posted on October 23, 2017 by MrHappyCyclist

This morning, I was pleased to see this response from Arriva North-West to a message I sent to them via Twitter on Friday: 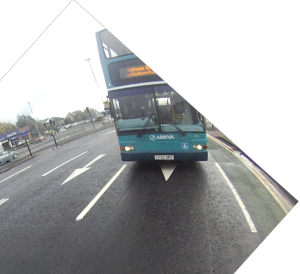 Thank you for bringing this to our attention, if you would like to log this formally as a complaint, please email us the details 1/2

Their second tweet gave an email address for me to write to.

In fact, I’ve had far worse experiences than this one with Arriva bus drivers, as anyone who has read my previous blog article will know, but I am hoping this can be an opportunity to improve relations between cyclists (including myself) and Arriva Bus Company. With this in mind, I have sent the following email to them:

I have been invited by your Twitter team to submit a complaint about the actions of one of your drivers. I am now doing this, but would also like to take the opportunity to draw your attention to a long history of failures by your company in relation to road safety.

The incident that prompted this exchange occurred on Friday 20th October at approximately 3.00pm. The registration number of the bus involved was LF52URS, the fleet number was 4183, and the service number was 534. I was riding in primary position in the inside lane of two lanes, on Blackburn Road, Bolton, had just passed through the junction with Halliwell Road and was approaching a bus stop where there was a passenger waiting for your bus. Visibility was excellent and the road was wet.

At this time, I heard your bus approaching from behind me in the inside lane, and heard the driver give a blast on the horn. I turned to see your driver gesticulating at me and pointing towards the gutter, clearly expecting me to get out of his way. I ride with a video camera attached to my helmet and, from timings based on the road markings, I can say that your driver was driving somewhat less than 1 second behind me at the time; i.e. tailgating. The Highway Code recommends that drivers remain at least 2 seconds behind the vehicle in front on a dry road. On a wet road, it recommends that this distance should be doubled, and you will be aware that it should be even greater than this when driving a bus.

Whilst I am concerned that you deal with this particular incident, I would also like to hear what you are doing to improve what is in my opinion a very unhealthy culture and attitude in your company regarding road safety. I have written a blog article that demonstrates this point, as well as explaining precisely why I choose the road positions that I do when cycling along this road, with examples of the actions of your drivers that have been a factor in my choices. You may find that article here: http://www.happycyclist.org/?p=1723

Note that this article contains a video of the incident I described above; it is the final video under the heading “Bottom of Blackburn Road”.

I will be happy to meet with representatives of your company to discuss how you might improve matters.

I really do hope that this leads to the kind of improvements I have seen from First Bus after my visit to them 5 years ago.