A nice “Tiger Crossing” in Bolton, but in the wrong place?

Posted on January 16, 2019 by MrHappyCyclist

Two crossing and a ramp.

I heard last week that a parallel zebra/cycle crossing (known as a Tiger crossing) has now been completed as part of the National Cycle Route 55 extension into Bolton. I believe this is the first crossing of its type in the borough, so it is pleasing to see, and it is good. 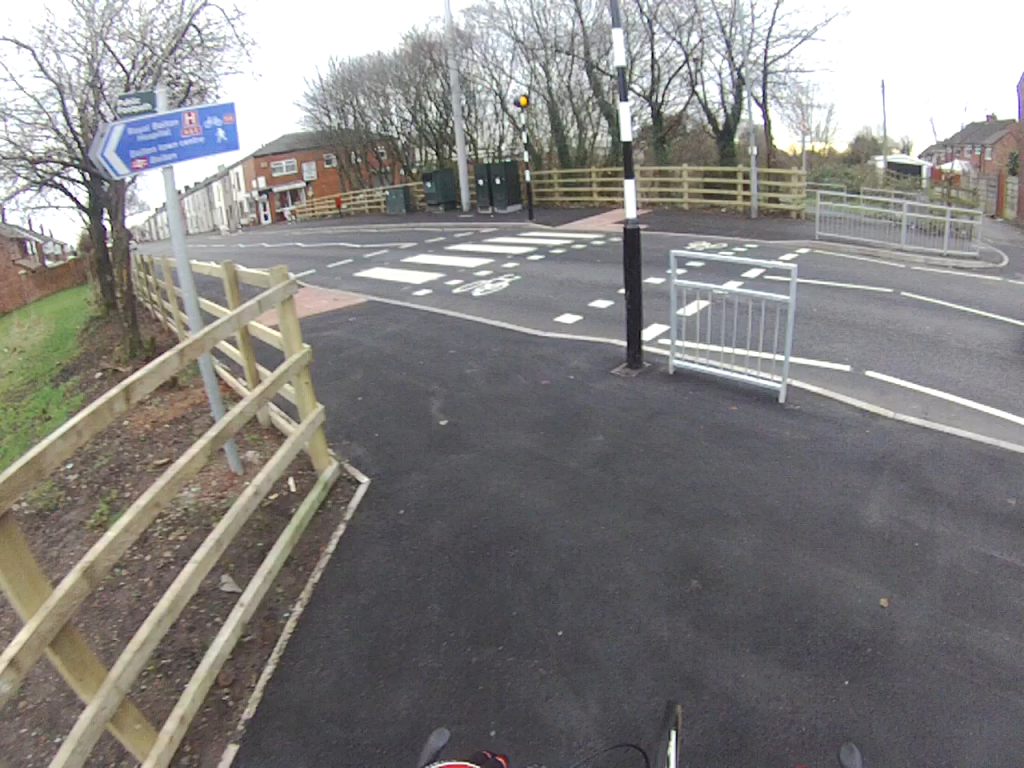 By placing my front wheel onto the crossing, I was able to stop the traffic and proceed across the road. This crossing is on Plodder Lane.

As part of the same work, a crossing has also been built across Highfield Road: along with a ramp to allow people with cycles, pushchairs, wheelchairs, etc. to bypass a flight of steps. This crossing is not nearly as good as the one on Plodder Lane, but the ramp is a huge improvement over the gulley at the side of the steps that was previously the only way to get cycles up and down. It’s a shame that the path could not continue under the bridge that existed previously as part of the dismantled railway line, but that ship sailed many years ago when it was filled in an then built upon.

All this is good so see, but – yes, there are some buts – the route to and from here does leave a lot to be desired. The following video (5 minutes) shows the relevant part of the route, but there are pictures below if you want to skip the video:

As seems almost universal in the borough, there are several barriers placed on the route:

The four barriers shown above are not a problem for an able-bodied person like me on my standard bicycle, but they are difficult to negotiate when I have my granddaughter on the tagalong 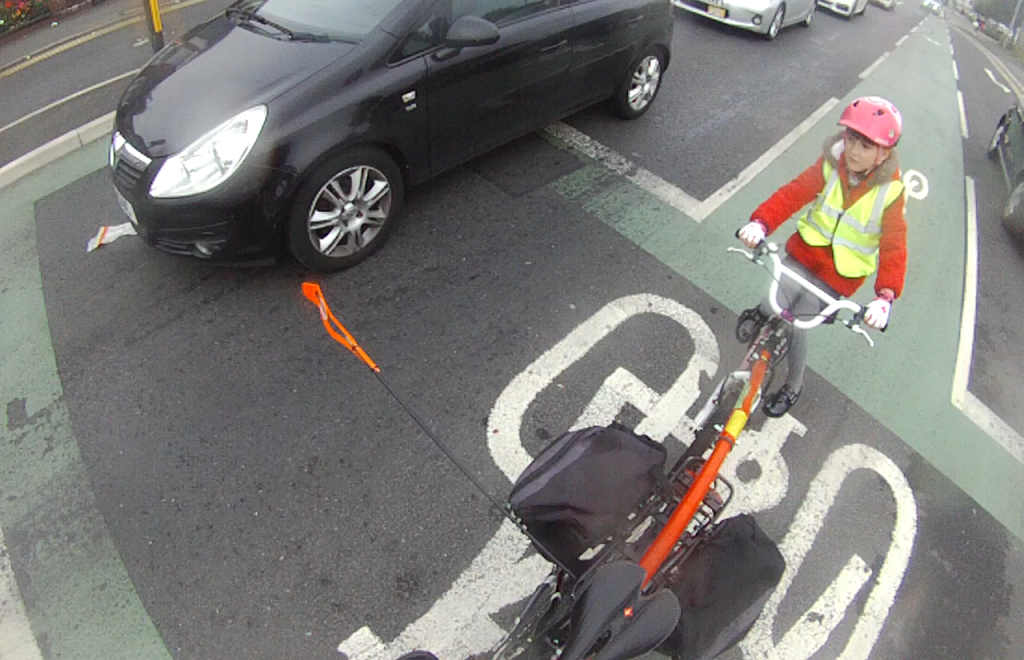 and would be impossible for a lot of people using adapted cycles and probably for people on tandems, cargo bikes and other forms that do not fit the standard one-person-on-a-bicycle model. The one shown below, which is on the approach to the Highfield Road crossing would present a particular problem to me and my granddaughter: 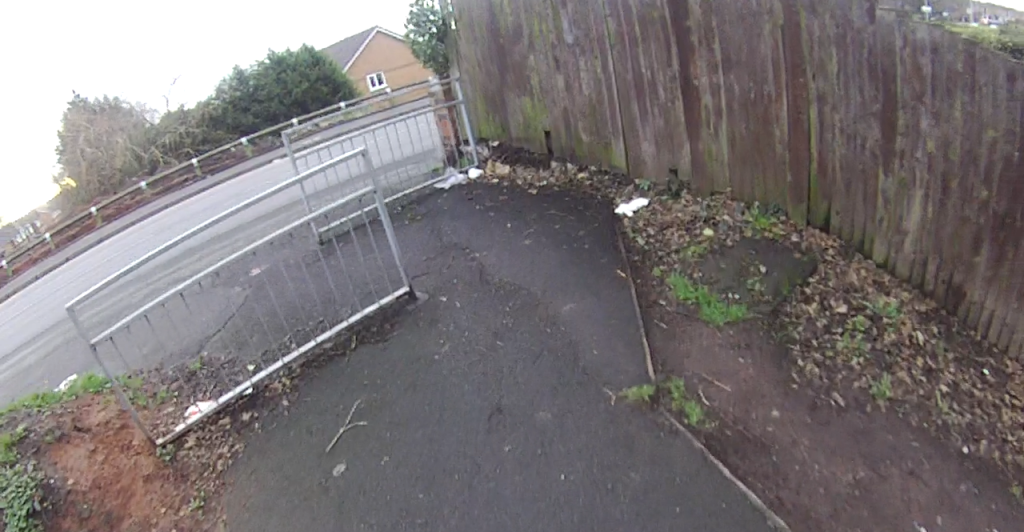 These barriers really are unnecessary. The section of NCR55 to the south (Roe Green Loopline) in Salford has had all such barriers removed and that doesn’t seem to be a problem at all as far as I am aware.

There is an additional barrier to using this route with the tagalong, which is the entrance to the new ramp from the shared footway on Highfield Road: We’d have to get off and do some lifting to get round there. That’s not a huge problem for us, but then we are able-bodied.

Of course, these barriers can easily be removed to solve this problem, but there are some other issues for which I find it hard to see a solution.

Here are some images of the section to the north of the tiger crossing, which starts at the hospital: I have to say that I rarely use this route myself, and would not dare to use it in the dark. This narrow passage has some sharp turns in it as well, which could be a problem with the tagalong or on a non-standard cycle. You can see the route here, marked as a Bee Network route. The blue circle to the left is at the entrance to the hospital and the one to the right is the tiger crossing. It’s difficult to see what can be done about this section of the route as it stands, as the land on either side of the path is the gardens of the houses that have been built on top of the dismantled railway route. It seems to me that the only realistic option is to change the route, but that would mean moving the crossing to a different location.

The one possibility I can see is to widen the straight section that runs parallel with Barnes drive, using the land to the West (below the route on the map above), which belongs to the hospital. This would involve taking down the high brick wall (to the right on the first picture above). The route could then turn right at the end of that straight section, by widening the short, narrow section there in a similar way, to come out onto Lancaster Avenue. From there, the route could continue on quiet roads to go down Anchor Lane, with two new crossings on Plodder Lane and Highfield Road, replacing the ones that have just been built.

There is a clear need to widen and resurface the paths on much of the route, quite apart from the bits I showed above. This picture of a junction at the south end of the path is fairly typical of the standard of the surface. On this ride, I turned left here to investigate the route towards Farnworth. To continue on the NCR55, you would turn right here to come onto Anchor Lane to get across the motorway onto the Roe Green Loopline through Salford, which is absolutely superb, if only it were lit, swept and gritted.