In August 2011, I wrote to Bolton Streetcare, pointing out a number of issues regarding the poor standard of cycle lanes in Bolton, particular on my commuter route from Astley Bridge to Salford. My message was forwarded by the Streetcare team to yourselves in the Highway Department on 30th August 2011. A copy of the message I sent, along with your reply, is included in this blog post.

In that message, I pointed out that “most cycle lanes in the borough do not meet the minimum acceptable width of 2.0m (or 1.5m on roads that are not busy and have a 30mph speed limit), which is specified in section 7.4.2 of [the] DfT guidelines“, and mentioned particularly Manchester road in this respect.

In your reply, which you sent to me on 2nd September 2011, you gave two main reasons for this failure to meet the guidelines:

“The cycle lanes … were installed … before the latest guidelines were produced.”

“… as you may be aware the funding available for such schemes has been either greatly reduced or suspended completely.”

You went on to say:

“Where the lanes are substandard they are reviewed when maintenance work, such as resurfacing, is carried out or other schemes are implemented and either rectified or removed if necessary.”

It has, therefore, been most disappointing to see that, over the past six months, the cycle lanes in question have all been repainted exactly as they were before, giving the lie to  all three statements that I have quoted above, as excuses for not implementing the DfT recommendations. Please could you let me have an explanation for this, as it appears to be a case of wilful negligence regarding the safety of cyclists on Bolton’s roads.

I have included below a number photographs of the repainted substandard cycle lanes: 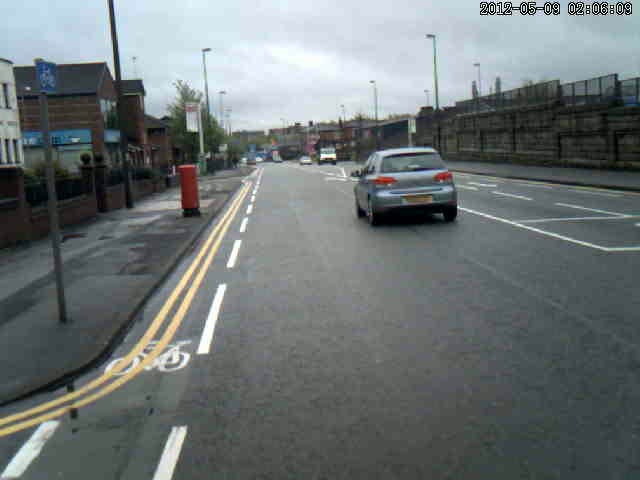 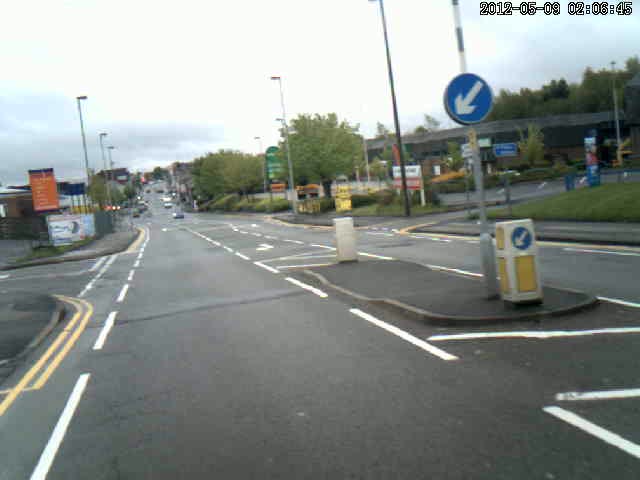 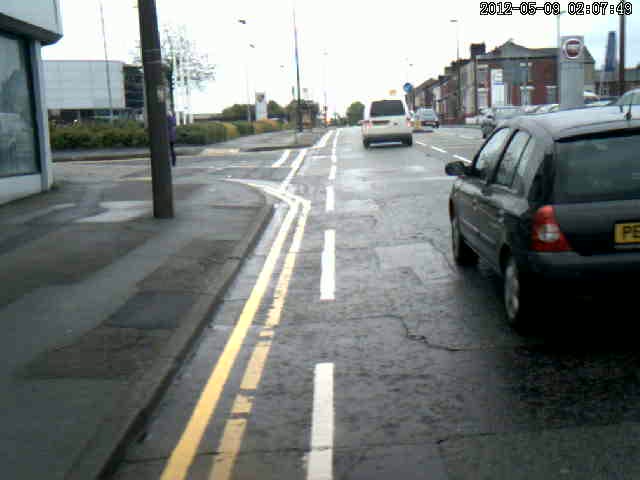 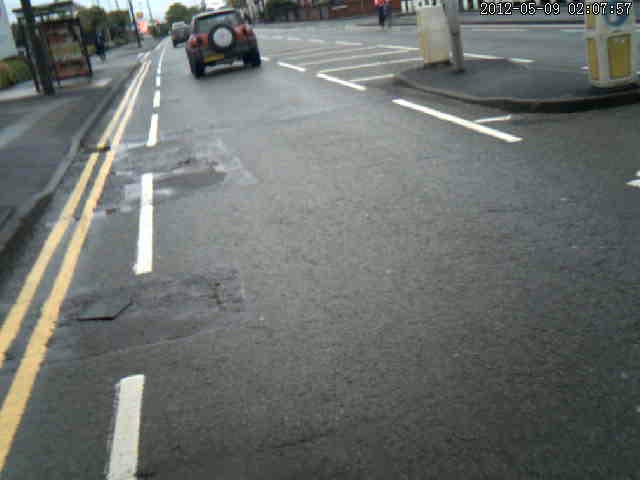 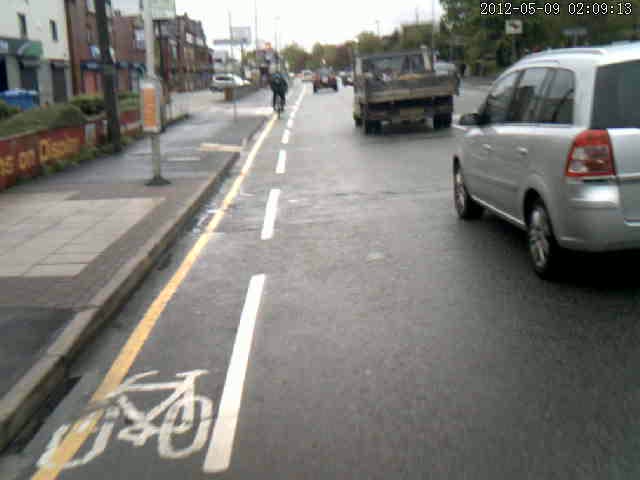 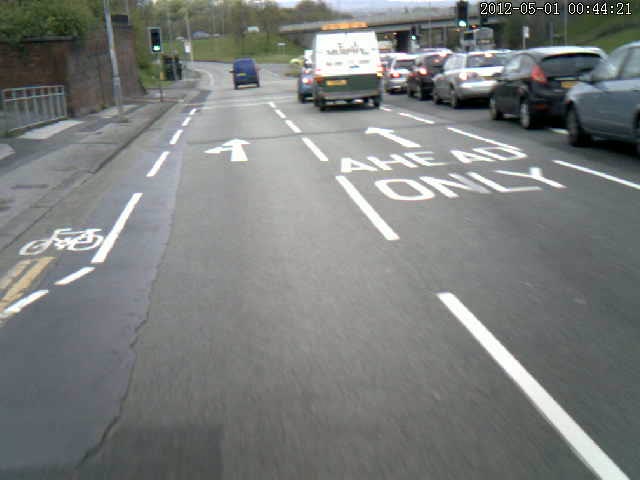 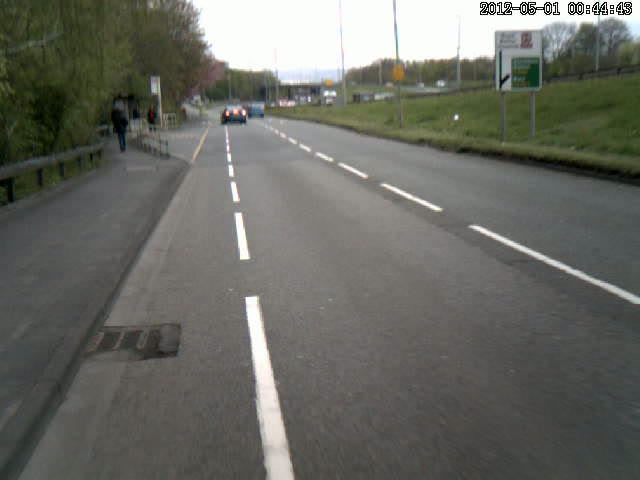 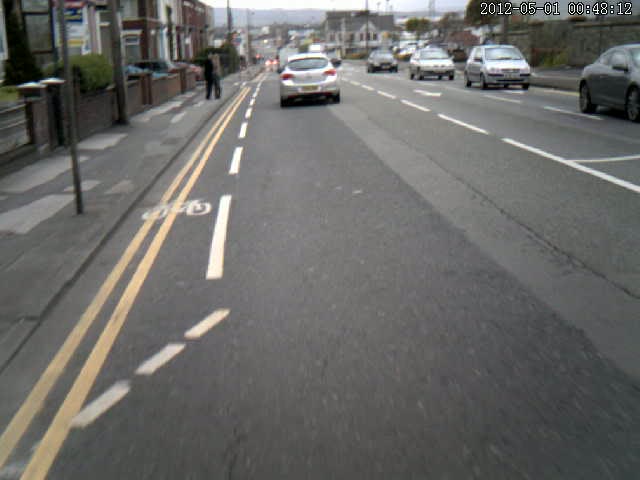 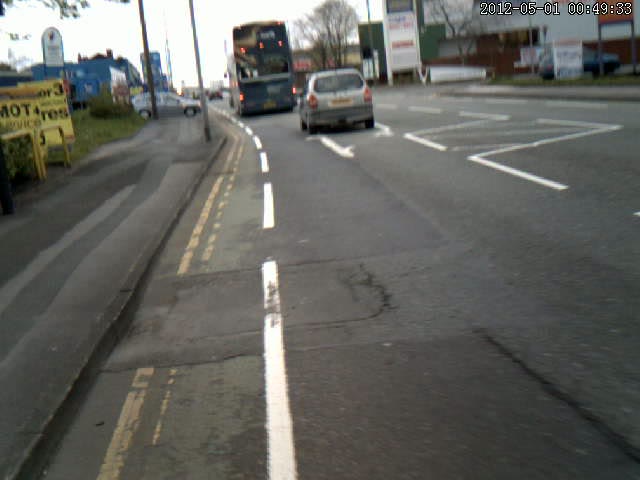