The driver of a car that cut me up was so ashamed of his behaviour that he complained to YouTube about the video, alleging privacy violations. Unfortunately, YouTube haven’t a clue about what is or isn’t a privacy violation and have taken the video down. The video has now been re-posted by various generous other video cyclists, and can easily be found using this Google search. Here are some stills of the close pass: 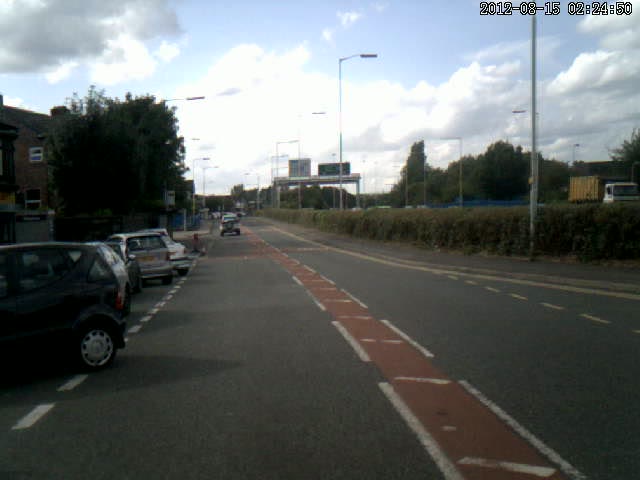 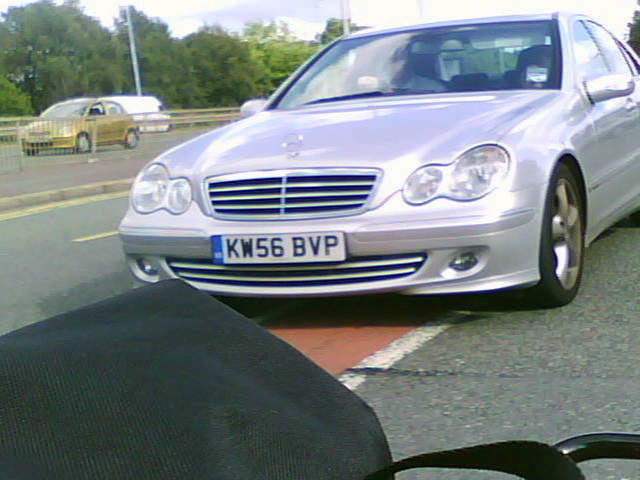 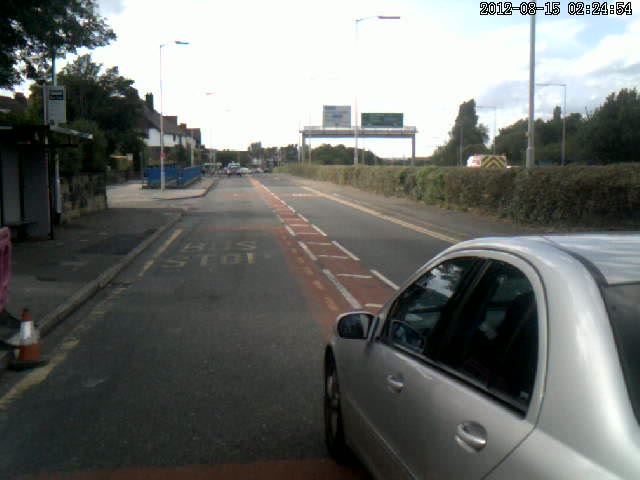 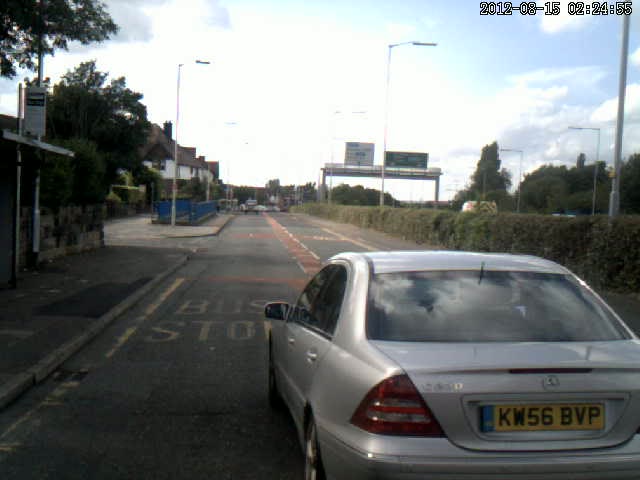 The driver then showed that he hadn’t a clue by claiming that I should have been cycling through the door-opening zone of the parked cars. He came onto YouTube and continued to show his ignorance in the comments that he posted.

In order not to lose the comments that were posted on that video, I have copied them here.

Take the registration of this car of the Internet now!!!!, you should drive closer to the curb so technically you need cyclist lessons pall
xLewisShots 23 hours ago

Er … no. If you don’t want to be seen doing stupid things, then don’t do stupid things.
I’ve already had cycling lessons, which is why I’m not cycling close to the parked cars. You need driving lessons, pal!
MrGrumpycyclist in reply to xLewisShots (Show the comment) 21 hours ago

Drive on the double yellows? I assume you’ve got a licence and in getting it read the highway code?
I’d go back and reread. If you missed this simple detail, I’m sure you missed other stuff that’ll end up getting you pulled by plod. Also it’ll stop you coming on internet sites and displaying your ignorance…..
gambatte11 in reply to xLewisShots (Show the comment) 13 hours ago

Good gracious me, you’re not a very good driver are you? Who taught you to overtake that badly?
CyclingMikey in reply to xLewisShots (Show the comment) 7 hours ago

Dude, you’re the one who needs a driving lesson! Read the Highway Code #163 – when overtaking a cyclist, you need to give them as much space as you can.
Looking at this video, you did not give this cyclist any space at all. In fact, this cyclist have every right to report you to the police for careless driving.
t1sutton in reply to xLewisShots (Show the comment) 2 hours ago

You should drive on the double yellows then you old fart, he give you all the room you need and no one got hurt did they no so stfu and get a life
xLewisShots 23 hours ago

Less of the abuse, please. If you want to say something, then you will be more credible if to say it in a calm, rational way. As it is, you just look like an idiot.
MrGrumpycyclist in reply to xLewisShots (Show the comment) 20 hours ago

I think you need some cycling and driving lessons.
CyclingMikey in reply to xLewisShots (Show the comment) 7 hours ago

His driving’s cr@p, his parking’s worse … he’s got a bit of a cheek calling anybody a dickhead. A wee kid’s rhyme for the driver –
“Twinkle, twinkle, little star,
What you say is what you are.”
growingvegetable 6 days ago

Heck, what does your safety matter when if costs him 2 seconds on his trip.
He clearly hasn’t a clue, and as long as he gets away with it, that suits him.
But that merc could be gone faster than he thinks – s59 of the Police Reform Act means that police can warn (on a first offence) and confiscate on as little evidence as is clear on this video – and from the video evidence alone. No appeal through the court, no blocking by the CPS. If you can’t handle the responsibility, stay off the road.
Camsplint 1 week ago

I doubt the police would pursue a #59 for that. They would say it was careless, not deliberate intent to intimidate. Of course, usually when I mention PRA #59 to them, they haven’t a clue what I’m talking about.
MrGrumpycyclist in reply to Camsplint (Show the comment) 6 days ago

All that money wasted and you can get about healthier and quicker.
Testedecazzo 1 week ago

He was picking his nose in the mirror when he said that.
hawaiisidecar 1 week ago 2

If there is one thing that I really can’t stand its a nose driller. Bet he touched the steering wheel afterwards too. ;0)
u4987 in reply to hawaiisidecar (Show the comment) 1 week ago