Local Authorities – they just don’t get it!

This picture shows some road works that have appeared on Bolton Road in Salford, near the Pendlebury roundabout: 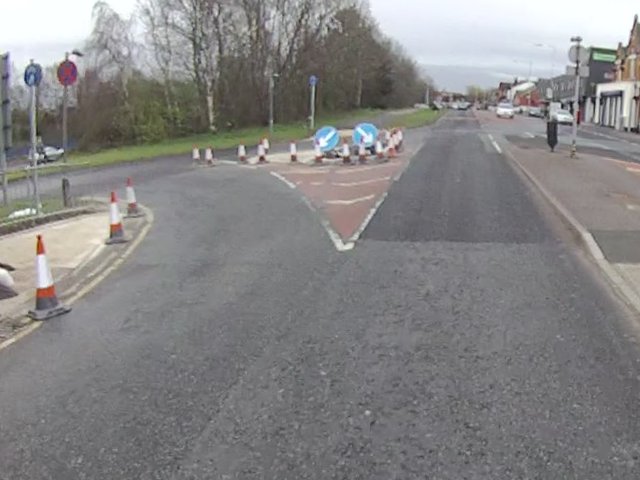 I was pleased to see this raised “island” being put in because I have been cut up in the past by vehicles illegally using the shaded area (with a solid white border) to overtake me (again illegally) on the inside. This will stop them doing that, I thought; how good of the highway authority to think of that. Unfortunately, when I looked a bit more carefully, I realized that is not what they are doing.

But first let me backtrack a little. A few months ago, when I heard (on Twitter) of a speed limit change that was about to be made to another road nearby, I wrote to the Salford Council (on Twitter again) to suggest that that they change the speed limit of Bolton Road from 30mph to 20mph whilst they are at it. To my surprise, I got a very quick reply saying that they would consider it! This would be a significant improvement, as I have a lot of problems with motorists speeding and passing far to close when I am using this road. Well, it seems that they have recognized the problem there but taken a totally different approach to attempting to solve it.

As I travelled further, I noticed that this is has now appeared at the side of the pavement: 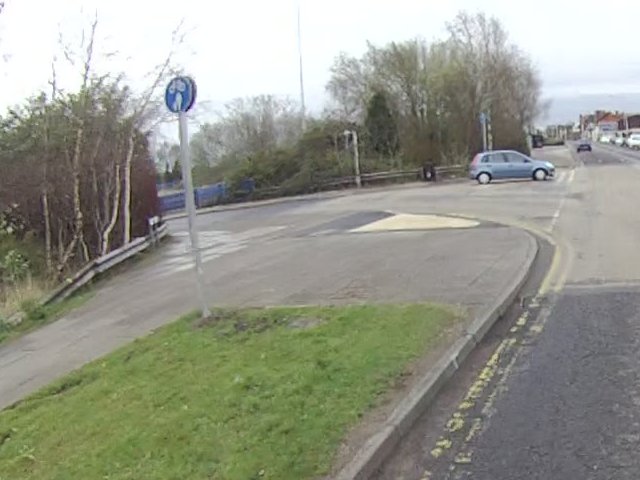 Notice the blue circular sign, which shows that they are making the pavement into a shared use path for cyclists and pedestrians; it is one of several that have been installed. Now, people who don’t have a clue about using a bicycle as a means of transport might say: “very good, they are sorting it out”, but in fact it is the worst change they could make. These are some of the reasons why it is bad:

Now, I can imagine all the arrogant motorists saying things like “well, why don’t you ride more slowly when you are using the path”, and “why should we slow down for you when you don’t want to ride more slowly”. Well, there are arguments against that point of view generally, but in this case those arguments are not necessary. What is happening here is just arrogance and stupidity when this (on the left) is running parallel to Bolton Road for the full length of this stretch: 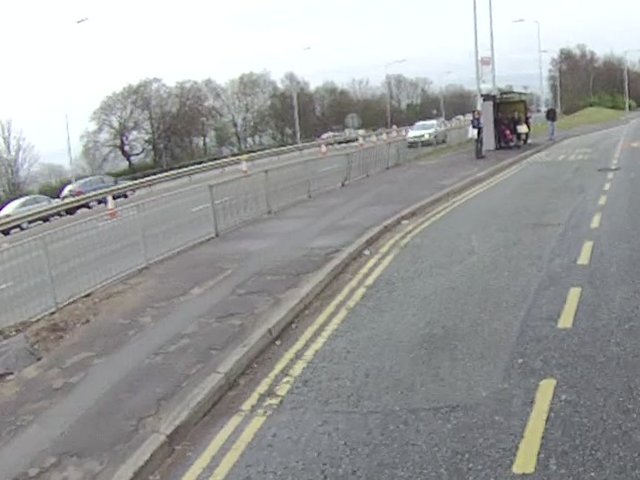 This is the 40mph dual carriageway that was built to take the traffic off Bolton Road. In fact the change of speed limit that I mentioned near the beginning was a reduction of the speed limit on that dual carriageway from 50mph to 40mph – a change that has now been enacted.

This illustrates the absolute greed that is a characteristic of the personified motor vehicle as a result of the ingrained prejudices of the planners. Not only must the motor vehicle have a six lane wide dual carriageway dedicated to it, but it must also be the primary consideration, at a full 30mph, on the narrow access road that runs parallel. It is hard to see how we can overcome this sickness that pervades most of our society and move to a situation where people are put first before machines.

Update 7th May 2013: So, I can now see how they decided to handle the bus stops: 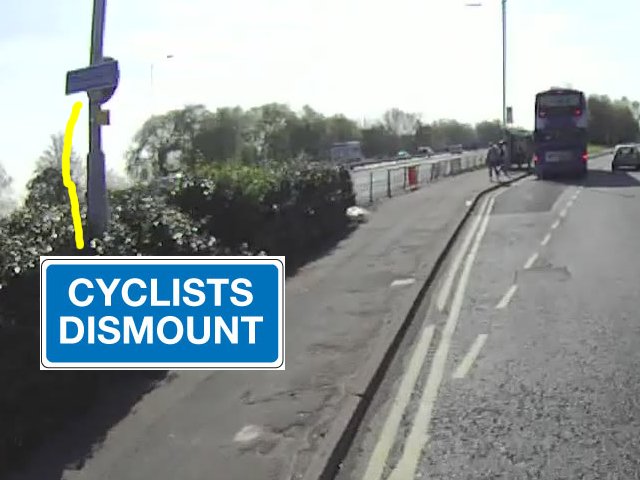 Of course, I should have guessed. What a bunch of absolute idiots. A lot of people walk out into the road from in front of the bus when it is stopped, so where are the “Motorists get out and push” signs!

This entry was posted in Article, Salford, Space for Cycling. Bookmark the permalink.

3 Responses to Local Authorities – they just don’t get it!