An unintended road improvement as work starts on a new cycleway.

I was pleased to see last week that work has now started on a new cycleway linking Bolton town centre to National Cycle Route 6, leading to Bury. I was already aware of the plans, since it was discussed in the Bolton Cycle Forum, but it’s nice to see something happening on the ground. This post is not about the cycleway, though; it is about a specific side effect of part of the work on Orlando Bridge.

Specifically, I am talking about the junction that allows vehicles on Manchester Road – especially those travelling towards Bolton – to turn up onto Orlando Bridge. This was a particularly bad junction for cyclists, in which motor vehicles have to deviate by only about 30 degrees to make the turn, so it was a prime location for the left hook, as illustrated in this picture (and video below):

Since part of the new cycle route will cross Orlando Bridge, work has been done to install a protected cycle lane at this junction. The new layout may be seen below: 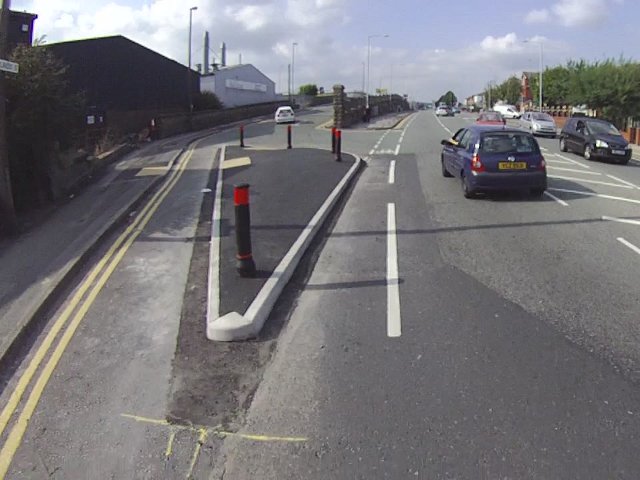 As well as providing protection for cyclists on the new route, this provides benefits for people who, like me, go straight on here, as motor vehicles are now forced to slow down before making the turn. In the following, the first clip shows a car left-hooking me at this junction, at speed, whilst the second shows a car taking the junction last Sunday after the road layout was changed:

To be honest, I don’t think the change to the junction is quite radical enough. I would much rather they had adopted the Dutch style, with a kerb radius of 2-4m maximum, which is closer to what the yellow road markings show here: 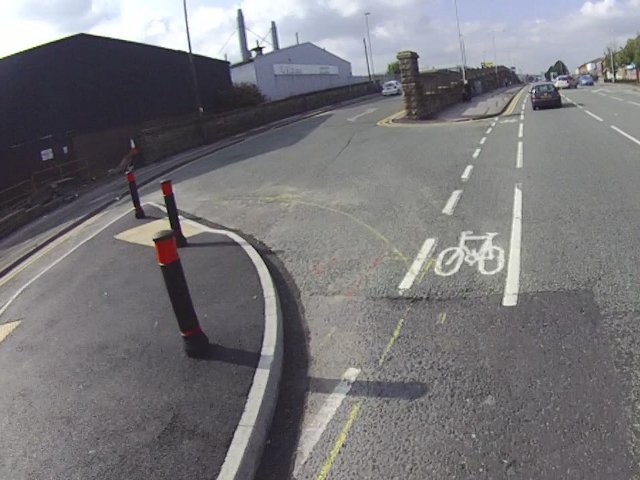 (In fact, I do wonder why those markings haven’t been followed.) Nevertheless, it is certainly an improvement.

Now, I wonder whether they could do a similar treatment with this badly designed junction where I have been left hooked in the past: 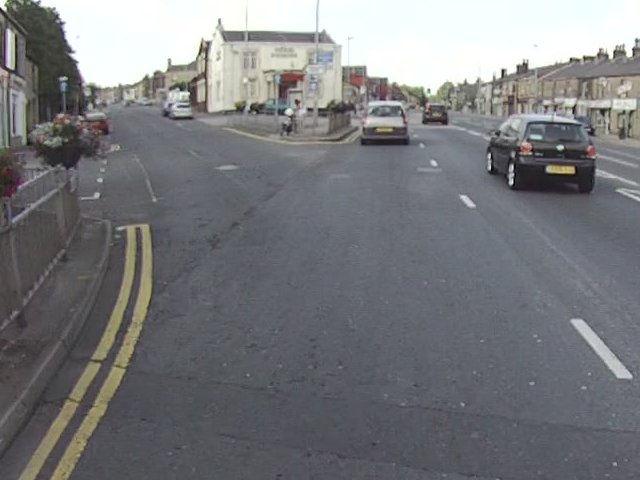